My name is Wendy Meek and I am here on behalf of SWAN UK. ‘SWAN’ stands for syndromes without a name and SWAN UK is run by the charity, Genetic Alliance UK. It is estimated that around 6,000 children are born every year with an undiagnosed genetic condition. SWAN UK helps a large number of families but there are so many more families out there that have children affected by undiagnosed genetic conditions who need help, and that’s why SWAN UK is aiming to double its membership by the end of 2017.

It is important that MSPs are aware of the unique challenges that parents and carers face. Not having answers and not being able to simply tick boxes when doing things like filling in forms results in a struggle to access support such as services.

I have four children and four of them are SWANS. I have Caitlin who is 18, Sophie who is 16 and then my two SWANS. My son Justin was just 10 years old when he passed away suddenly two years ago. His sister Charlotte Lily is five years old. Charlotte has a potentially life-limiting undiagnosed genetic disorder – she cannot walk or weight bear, she has limited speech, Global Developmental Delay, Hypotonia, bowel problems and requires growth hormone injections. Justin had all of these issues and also oxygen dependency. Doctors believe they have the same condition although they remain undiagnosed. The most recent testing from the DDD (Deciphering Developmental Disorders) Study came back with no results. We hope to access the 100,000 Genomes Project when it becomes available in Scotland.

When Justin was born he became blue and lifeless and spent most of his first year in hospital. We realized quickly that something was wrong but despite a lot of tests and professional input he remained undiagnosed. When Charlotte was born mother’s instinct told me something was wrong but the doctors weren’t in agreement until she was about 10 months old and failed to meet her milestones. Again lots of tests were done and came back clear so we knew everything it wasn’t but there was no diagnosis.

Without a diagnosis a lot of the time the professionals don’t know how to treat issues and don’t know how to advise us – they simply don’t know the answers. It makes it much harder to access support and resources and can leave you feeling very scared and isolated.

Living with a SWAN is like being on a rollercoaster; it’s full of ups and downs, you have no control and never know what’s around the corner.

When Charlotte came along I knew what to expect a bit because of Justin and knew the kind of health issues she might face and the difficulties she might have. It allowed us to be more proactive than reactive with Charlotte than Justin.  However this got more worrying when Justin died suddenly aged 10 from an issue no one had predicted – a blood clot.

I would personally love a diagnosis so I would know what might lie ahead and why things ended the way they did for Justin. We obviously fear that the condition may result in us losing Charlotte too. Despite the knowledge we have we still cannot access support like hospice care for Charlotte as we have no diagnosis so no prognosis.

Justin and Charlotte enriched my life for the better, they taught me so much as I’ve gone on their journey with them, they are truly amazing and inspiring and I would rather have had them for short time than not at all.

Charlotte’s biggest achievement to date has been learning to get about by bum-shuffling and for Justin it was the sheer courage he showed in coping with all the major surgeries he had and bouncing back to his usual happy self. It has obviously been a very emotional and very stressful journey for our family but their big sisters are two amazing girls who love them both completely and are amazing young carers. Having two undiagnosed siblings has helped them be very sympathetic, empathetic and non-judgmental and they both achieved places at university. It is obviously a concern for them that no one can tell if their siblings’ conditions will reoccur in the future. 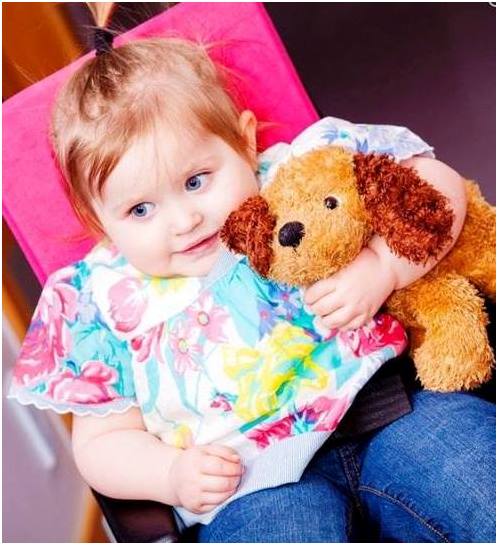 SWAN UK has truly been a lifeline to me – it offers a friendly ear, and has helped to stop me feeling isolated. Without SWAN UK we never fitted in anywhere because of the lack of diagnosis. It has offered us an incredible amount of support and it is good to know we are not alone and always have someone we can talk to. This is why it is really important to me that MSPs understand that rare conditions need a voice. They need to be represented in parliament and that’s why it’s important to join the cross-party group to ensure things continue to improve for families with rare, genetic and undiagnosed conditions.

To find out more about our work in Scotland contact Natalie, Genetic Alliance UK’s Policy and Engagement Manager for Scotland: [email protected]