I’m not often given to introspection or too much dwelling on the past; after all, it rarely helps in changing anything going forward and dredges up old emotions and difficulties that you can’t fix. Indeed, as my Father is so fond of saying “If your Aunty had bo**ocks, she would be your Uncle!  (so couth, you can tell where I get my social graces from can’t you?!)

Don’t get me wrong, I’m rather partial to the fond memories of yester-year and have (very!) rose tinted views of those halcyon days of early child rearing.  In fact, I must be more than fond, some would say questionably insane and definitely have done more than reflecting on memories since I ended up with 4 of the now not so little blighters but generally speaking, I am much more about the present and the future. Of course there are lessons we can learn from our past. History tells us that often enough right? (although judging by the current state of world affairs, I’m not so sure what we learned but this isn’t a political piece so I will move swiftly on.)

So, why the title of this blog? Well, I’ll get to that properly in a minute but first let me explain that, 29th April 2016 sees the annual celebration of Undiagnosed Children’s Day – an event that is hugely important to families like mine because it gives us the opportunity to come together, support each other and know that we have something unique to celebrate – our uniqueness is flipping awesome!!

In a world defined by labels,  especially where special needs, medical issues/conditions are concerned, in a myriad of coloured badges, ribbons, stickers, plastic bracelets, just giving pages etc etc, we too have a specific day to raise awareness, feel the love and hopefully share some of the important info we have all learned over the years, which might, just might, prevent another parent or carer feeling alone and isolated; a space truly dedicated to those who don’t have a diagnosis.

Back in January a group of SWAN UK bloggers got together to focus on this years Undiagnosed Awareness Day and some of the key points that we as parent- carers would like to get across to the world at large about why it’s so important to spread the word and ensure that all those in need of support find their way to us. Aside from a weekend of laughter, giggles, and perhaps more than the occasional glug of pinot grigio (strictly post workshop you understand!) there were many, many issues that came to light.

In spite of it being the year 2016 and the huge advances in medical science and technology,  we know that approximately 6000 children are born EVERY YEAR without a name for the medical issues and difficulties that they face. One in 25 children is born with a genetic condition and based on current data, 50% of children undergoing genetic testing through the NHS won’t get a diagnosis!  Scary reading isn’t it? Even more scary being a part of that statistic but regular readers of my blog will know that we have 2 children with what is felt to be an undiagnosed genetic condition.

Our youngest children are 9 and 7 respectively but our journey on the undiagnosed path only began shortly after the birth of our youngest child and it leads me back succinctly to the title of this piece. Over the years, and most particularly in the early days of learning that we had a physically and medically complicated child, there are so many things that would have been helpful to know; so many things that I wish someone had taken the time to explain to me, not least of which that actually answers wouldn’t be forthcoming just like that and that 7 years into our journey of riddles, we would not necessarily be any closer to unravelling the mystery. That at times, the plot would actually thicken!

The Minx in particular is a conundrum most contraire (entirely reflected in her personality too!) Her response to specific investigations to define whether her overall condition is  muscle related or nerve related (albeit with some interaction from both) have repeatedly come back as inconclusive. Frustratingly, more than one of her consultants has admitted that clinically they don’t see children in the pattern she presents with – technically the results produced don’t happen or are more clear cut – not in the Minx’s case naturally!

Normally such investigations define whether the problem is nerve OR muscle based but in Minx’s case, neither can be ruled in or out since aspects from each are prevalent and not in a helpful, lets pin this down kind of a way.

7 years of looking at specific genes for myasthenia, nearly 3 years being on the DDD study  Deciphering Developmental Disorders (DDD) project … and almost 6 months under the Genomics England | 100,000 Genomes Project we are still waiting for that elusive diagnosis and who knows if we will ever get one.

Perhaps more importantly, will we get one that means anything? Despite the rapid advances in genetics, many parents are still only receiving a bunch of numbers and letters, detailing duplications/mutations or missing links and these being  so rare in themselves, tell them nothing about what to hope for in their child’s future or how/if any future children they may go on to have will be affected. Whilst we have definitely closed the door (what do you mean after the horse has bolted?!) on that particular matter, I still couldn’t answer when my 16 year old asked if any future children he may have will be affected.

Advice for the old me

So if I could go back to the me of old, at the start of this phase in her life, mother of a newborn, beautiful baby girl, I would reassure her that actually, even 7 years after being on this undiagnosed journey, she would still have her marbles  (as much as any 30 year old  +10+1 mother of 4 can have anyway) that she would hold it together most of the time (see earlier comment in brackets!)  and that nothing she did/didn’t do was to blame, not even that rogue glass of wine or piece of brie that crept in somewhere along the line during the early days of unknown pregnancy.

I would give that woman a hug and tell her she would find a way through those early days of painful physiotherapy, 3 times a day doing stretches, 3 times a week at the child development centre with a distressed toddler screeching his accompanying woes to the cacophony of crying. I would show her that the all physiotherapy would produce a strongly independent child who can hold a pen, draw, colour and write beautifully in joined up hand writing no less.

I would tell her to ignore the off the cuff remark from some ‘helpful’ consultant  about the possibility of her child never walking – after all if they can’t tell me what’s ‘wrong’ with my daughter, how can they tell me what’s right? A far too simplistic view of course but you get the gist.

I would let her see those days of feeding difficulties that resulted in 6 different meals being prepared in the desperate hope that she would eat something, ANYTHING (even a cheesy wotsit) would result in a self assured little girl who despite not managing much in volume from oral consumption, would have a palette far superior to her typical kids who would happily survive on a diet of pasta and pizza. Present the Minx with a plate of smoked salmon, coleslaw, olives, Bruschetta, salad, you name it really, she would tuck in with gusto. At the very least if she is having an off day and food is a total no-no, that her feeding tube, specialist milk and pump will sustain her.

Perhaps most importantly I would show her that she would draw on reserves of strength that she never knew she had. That she would stand up to Doctors and consultants and nurses who thought they knew better but woe betide you confront or ignore a mother preparing to support her child in times of medical need. You may have the letters after your name, the fancy certificates, diplomas and steady surgical hand but I, I have my child’s utmost well-being, heart and soul to think of and in that, other than my child herself, I rule supreme. I really hope in reading this that it comes across as intended, not as some arrogant, bigwig, thinking I know more than the medical teams, but that I understand my daughter and her needs better than anyone else. My future self would probably also tell me right now to stop justifying what I mean.

One of the other essentially vital things I would have done differently in those early days of isolation and fear, worry and struggling to find a place where we would fit in, would be to have directed that me to SWAN UK.

Instead of 4 years gadding about in the no-man’s land of the undiagnosed, I could have been part of a fantastic, amazing, inspirational support group of parents who would have scooped me up, drawn me in and given me a place to belong. That me would have relished the feeling of being ‘home’ in spite of the unknown, knowing someone would be there to answer my random worries in the middle of the night when swans like to cause mischief and fight sleep (no cleaning the cat litter box out did NOT cause Minx and G-Man’s issues!) 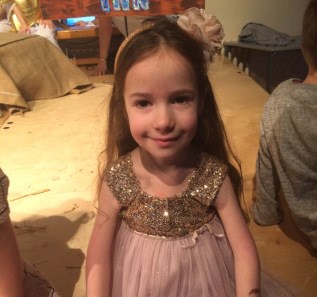 How to support SWAN UK

So now, this me, wants to help other parents, wrap them in the warm blanket of understanding and support and light the way to SWAN UK. You, Dear Reader, can help to. How? Please donate whatever you can to SWAN UK’s: Just Giving page or  Virgin Money Giving page.

You can see our fabulous SWAN UK Lauren Roberts achieve a child hood ambition by taking a dunk in a bath of beans: http://www.justgiving.com/BeanGate‘

You can learn more about SWAN UK and the marvellous work they do: What does SWAN / being undiagnosed mean? | SWAN UK

Oh and you can also share my blog piece and visit my FB page: Definitely Not The Waltons – Facebookhttp://www.facebook.com › Other