The Impact of an Undiagnosed Condition

Lisa, mother of Amelia, 7 – the impact of an undiagnosed condition

Lisa’s daughter Amelia has a genetic condition that doctors have so far been unable to identify. This is most likely because it is an extremely rare condition and it is possible that it has never been studied enough to get a name: a syndrome without a name. Amelia’s undiagnosed condition affects all her muscles, causing globalised weakness and fatigue. She has been given many individual names of the symptoms that affect various parts of her body but has no unifying diagnosis. 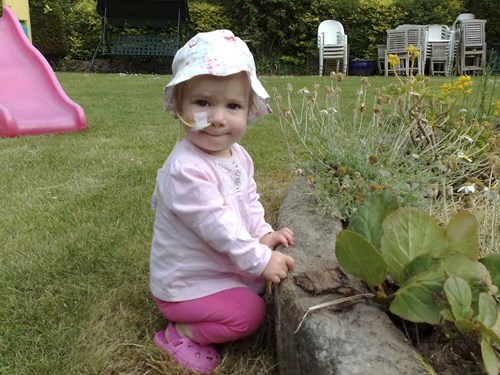 There was no indication during my pregnancy that there was anything wrong with Amelia. After she was born she had a lot of trouble maintaining her body temperature. I struggled to feed her and my gut was telling me – even at that early stage – that something wasn’t quite right.

She was a difficult baby. She constantly looked uncomfortable and was struggling to gain weight. I raised my concerns with the health visitor and my GP but it wasn’t until my nine-week check that we were pulled to one side and asked lots of questions by lots of people who then suggested conditions and carried out tests.

We were referred to Great Ormond Street Hospital, and the doctors there were fantastic. Amelia had lots of tests (some of which were horrific to see performed on a tiny baby), and saw many different doctors from various specialities, including respiratory and neuromuscular. This was great in the sense that we felt they were trying to get a complete picture, but the jump from laid-back local services to a rush of people everywhere was really scary.

We expected to be told exactly what was wrong with Amelia and find out the best way to treat her. But that didn’t happen. She had more tests, but these came back inconclusive. We were left in a limbo, still facing the unknown. The doctors suggested she might have congenital myasthenia, but they didn’t want to start treatment which could make the situation worse without knowing the gene affected. We received conflicting advice from our local physiotherapy team and the Great Ormond Street Hospital team about potential therapies – I felt a power play between the two teams. Conflicting information and a professional lack of understanding is extremely difficult for us as parents. As time has gone on Amelia has been referred to more and more specialists. Tests always throw up more questions than answers.

The doctors have now stopped looking for any of the congenital myasthenia genes; she’s been tested for about six different genes. Some doctors say she doesn’t have it but other members of the team say she does. A physiotherapist at Great Ormond Street Hospital saw her collapse and said he felt Amelia should be referred to the myasthenia team because of how fatigued
her muscles were but the neuromuscular specialist dismissed this. It’s difficult because effectively the neuromuscular team are her main ‘case consults’, the guiding team responsible for her care, and yet they’re the ones who don’t listen to us. It’s made us feel isolated.

I’ve learnt that the best doctors are the ones who can simply admit that Amelia’s medical picture is odd. The ones who accept that we have this bit of a pattern, we have that bit of a pattern, but we don’t have the full picture and we need to keep an open mind. The best doctors are those who concede that we need to be grateful for and encourage the things that she’s doing really well with, and that we need to support the things that she’s struggling with.

One time when we walked into a hospital ward for some tests, Amelia looked at me and said:

‘Mummy, when will they start hurting me?’

It is hard to explain that we’re not doing these things because we’re being awful, but because we want to get some answers for her. It has crossed our minds to consider at what point we should stop and say enough is enough. But then in the back of our minds we think what if we’re not giving her the right treatment? What if there’s something better out there? What if there’s more that we can do?

As Amelia grows up it’s becoming harder to answer certain things. She’s reached a point now where she wants to know why her muscles work one minute and don’t the next, or why she can run around with her friends one day but not the next. We try and make it into a positive thing – I’ll show her pictures of other children who have feeding tubes to make it normal for her. It’s frustrating when I can’t answer the questions that she has; I can’t say to her, ‘Well, you know, this has happened because of this,’ or, ‘We know that at some point this might happen.’ We just can’t do any of that.

I’ve been a member of SWAN UK (Syndromes Without A Name) for three years now. I was able to share our experience of Amelia and I just felt really involved and supported. Our children’s issues are very different – there are children who are seriously medically complex, children who are affected emotionally or intellectually. Yet despite the differences, there’s a unique bond that holds us all together. 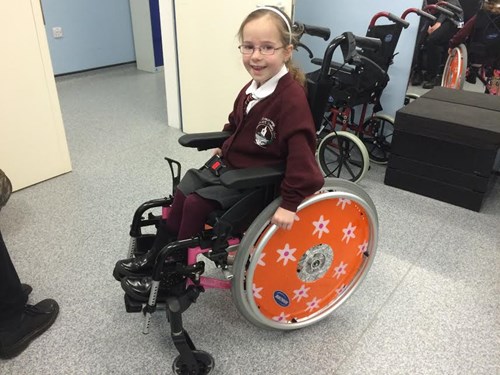