Transition from children’s services into adult services can be such a traumatic time in the lives of our children, and more so for parents and carers. A whole set of new people to talk to, to explain their difficulties to, having to fight (yet again) for the continued services to which our kids are entitled to – just because they are now classed as adults doesn’t mean that the difficulties they had when they were classed as children have now miraculously disappeared. 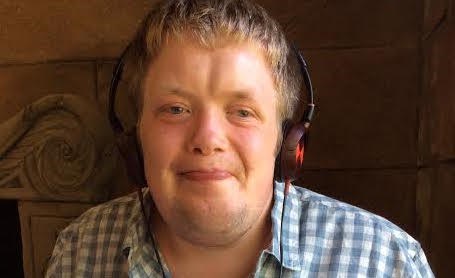 After hearing how some of my acquaintances were dealing with these changes in the system e.g. always challenging why they should have to attend appointments even though it was blatantly obvious that their circumstances hadn’t changed and were never likely to…I’ve never had a problem with taking James anywhere, his disabilities speak for themselves, or not in his case seeing as he’s non verbal!

Our first encounter was with ATOS, because he was claiming DLA he had to attend a 60 minute ‘fit to work’ medical. So off we went, James was reluctant to sit down, he wandered around the office, and messed about with his football cards, he wasn’t really aware the guy was asking him the questions, which were…’can you make a cup of tea?’, ‘can you make a meal?’ etc. Eventually the guy said: ‘right I don’t think this will take long’ and filled the rest of the form in himself…

The phone rings: ‘can I speak to James please…’

ME: ‘No I’m sorry he’s at college at the moment but you would have difficulty in speaking to him as he’s non-verbal, can I help I’m his mother.’

‘No’ he says, ‘we really need to speak to James to ask why he didn’t attend his interview at the Job Centre.’

ME: ‘I’m sorry we didn’t know of any interview.’

(In fairness to the young lad who rang he did explain that all the information they are given is a name and National Insurance number, nothing at all about any disabilities, which is just silly). The letter turned up two days after he should have attended…anyway eventually after more phone calls and letters we get another appointment.

We arrive at the Job Centre, James, me and his Gran and I let them know he is there. First problem, he wasn’t on any of their lists for that day, so I gave them the appointment letter. ‘Take a seat please…’ yeah like that’s gonna happen…James does not do “sitting.” So there we were, me and Gran sitting at a table and James wandering around the job centre with Gran saying ‘Denise he’s going over there…Denise he’s trying to go through that door…Denise what’s he doing, do you not think you should go and get him?’

At this point I noticed he was very interested in a little machine he had found. I went to see what he was doing… hahaha… he had found the right button to press and was printing off loads and loads of job descriptions, things like quantity surveyor… funny how we got called over to see someone very quickly after that, only for them to say, ‘I’m really sorry but there seems to be have been a mistake, I see that he is receipt of ESA and is in the Support Group of that benefit.’

‘Yeah I said he is, and I did tell you all of this, but I suppose you had to find that out for yourselves.’

‘Sorry for your wasted journey Mrs Dawson, the letters must have crossed in the post!’

Yeah, Yeah I’ve heard that you before! Sometimes you’ve just got to see the funnier side of these situations.