The hidden depths of the NHS

I have been asked a few times now to write a blog post to celebrate the NHS turning 70. If you have stumbled across my blog before you will know that without the NHS Lennon would not have survived much past his birth. 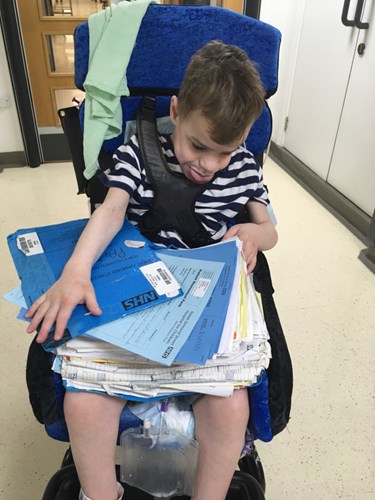 I’ve already shared some of those experiences and I wanted to chose something a little different – a side of the NHS that people maybe do not think about.

When we think about the NHS we think of peoples lives being saved, pioneering treatment, miracles. We don’t often see the other side of the NHS, but it is there and we shouldn’t ignore it.

When I think back to the care Lennon received from the NHS throughout his life, the time I think about most is the day he died. I cannot fault the care and compassion that Lennon, Ian and myself received in the final few hours of Lennon’s life. 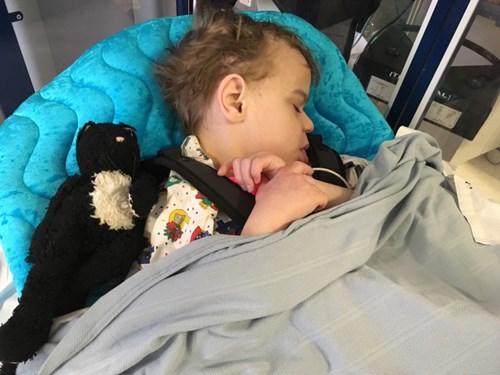 I remember the look on the consultant’s face as the surgeon told us that there was nothing more they could do for Lennon. I’ll never forget the tears rolling down her cheeks when she came in at 3am and removed the ventilator tube that was keeping Lennon alive.

It was almost like she could feel our pain. She somehow understood exactly how much Lennon meant to us and how hard we had battled to keep him alive for so long. She knew what we had given up in order for our little soldier to live his life.

I could not fault the nurses that watched over him in his final hours, they were incredibly calm and gentle. They washed and dressed Lennon in clean pyjamas, made sure he was comfortable and kept him alive until we were ready to say our final goodbyes.

They made space in Lennon’s bed for me to get in and hold on to him.

They listened to us and made sure they knew our wishes down to the finest of details. They gave us the space and time that we needed and they understood how much that moment would stay with us for the rest our lives.

After Lennon died, the nurses helped us take foot prints, hand prints, and locks of hair. They let us stay with him as long as we needed to.

They both knew Lennon. One had looked after Lennon when he was first transferred to the children’s ward at Lister hospital aged six months old. It must have been so hard for her to watch him die. We bumped into her at the end of her shift. Her eyes welled up with tears as she told us she had personally taken Lennon down to the morgue and then rang around to break the news to the professionals involved in Lennon’s care. I can imagine the amount of strength she mustered to do that, just so I didn’t have to.

Sometimes the smallest of gestures have the biggest of impacts.

The staff at Addenbrooke’s Hospital knew I wanted Lennon to be at Keech hospice as soon as possible. I didn’t want him to be alone. They worked tirelessly to make it happen and Lennon arrived at Keech just 12 hours after he had died.

It takes a certain kind of person to care for a dying child and their family.

In the weeks after Lennon died we received letters, cards, flowers and phone calls from all over the NHS. Consultants and surgeons from Great Ormond Street and Lister hospitals, nurses who had cared for Lennon, therapists who had worked hard with him and seen him flourish and develop over the years. They all took time out from their busy lives to remind us how amazing our son was, how he fought the odds and how they would miss him dearly. None of them had to do that, but they did. 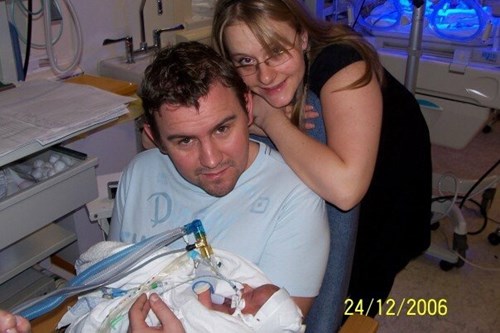 It was clear that Lennon’s death had affected many people within the NHS. We all think of doctors and nurses as life savers, and they are. But they also see a sadder side of the NHS and sometimes have to admit defeat and watch their patients die.

Our NHS saves lives, but it also grieves the lives it couldn’t save.

We must not forget the impact that has.

Thank you to the NHS for giving us 10 amazing years with our little soldier Lennon, and for being there when it mattered the most.

We will be eternally grateful.