Man on a Mission!

It was in about 2012 that we became aware of SWAN UK when we were going through all the assessments for Harvey our son at the time. 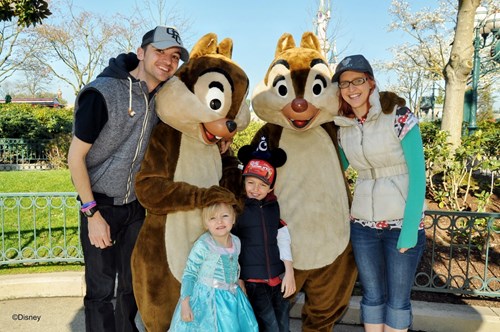 We were put in touch with them via his portage worker. Until this point we had been through genetic testing and various assessments but never had any definitive answers.

When we were put in touch with SWAN UK it was the first time we felt almost a sense of belonging.

With SWAN UK we had a link to others going through similar problems it gave my wife a network of friends who she could discuss and share issues and problems with. Almost like a second family. It was almost a sense of relief to know we weren’t alone and we weren’t the only ones without answers.

It was in December 2012 over a Chinese my brother-in-law and partner were discussing how they were running the half marathon at the Bournemouth marathon festival the following October. It was at this point I decided to join them and together we would run for SWAN UK. We called ourselves Harvey’s 13 mile runners. Training was tough, with no previous experience of running I didn’t really know what I was letting myself in for. At the half way point of training I entered the Poole festival of running 10km. This took place in June 2013. This gave me a chance to gain experience of a race day and also to gauge how I was doing. The night before the race I picked up a back injury, but I decided to go ahead with the race anyway. The race went as well as it could and having family there to cheer us on and especially seeing Harvey in the crowd gave me the added boost. After the race my injury flared up and put me off track for about a month.

After I returned to training everything seemed right but again 3 weeks before the main event my back went again, So I rested up with no exercise in the build-up. On race day I was still very stiff but was very determined to see this through. I had in my mind to just go 1 mile at a time and focus on what I was doing and why I was doing it. The first 10 miles went well I felt ok but then I hit a hill and both my hips went causing sciatica down both legs. It brought me down to a walking pace (well more like a hobble) but anyone who knows me knows how stubborn I can be and I dragged myself through the last 3 miles to that finish line. I was determined to finish what I started no matter the consequences.

The day after the event was when it really kicked in what I had just done and put my body through. I spent 2 months going to physiotherapy and by January the sciatic pain had all but gone. Slowly over the course of 2014 using what physiotherapy had taught me I managed to get myself back to normal and actually more prepared to take on bigger challenges, now knowing the do’s and don’ts when it comes to training. I learnt to better prepare myself.

In January 2015 I made the decision to take on my most challenging task yet, Tough Mudder London South on Sunday 27th September. After watching videos and reading blogs I realised how big of a challenge this was going to be. 10-12 miles off road with up to 2 obstacles a mile designed to test the strength and mental stamina of anyone who dare attempt. I had been looking for a challenge that involves a team ethic and this seemed to tick the boxes. I didn’t want to race for times I wanted to do something as a group with less emphasis on who finishes fastest.

I have setup a training plan which involves 3 gym sessions a week and when possible 1 long run a week. With rest days in between each training session. I wanted to find something to challenge me at the half way point of my training to make sure I’m where I should be. I have signed up to the Poole festival of running again but this time I am taking on the 5km in the morning and the 10km in the afternoon on Sunday 7th June.

I have been training for a little over 3 months now with no issues and starting to feel ready and motivated for these challenges.

My main motivation is at home, my little man Harvey.

He turned 5 last August and even though we still don’t have the answers we look for, in a way we feel we don’t need to push for them. Yes it would be nice to put a name to what’s causing his problems, it would also help with long term planning for his future but at the moment he gets all the help possible and sees all the people he needs to, he is a happy little guy who goes through life with a smile on his face and that’s what keeps us going I suppose. He has a sister who is now 3 years old and even though she is younger, has now caught up with him in some aspects of life and she looks out for him. They are both very happy loving children. You always have to face the challenges of life head on and as a family we have done this. The support we have through SWAN UK has been incredible. I suppose every time I take on a challenge I think of Harvey and others like him. He is my inspiration and the way he takes on life so free-spirited and head on is incredible.

If anyone would like to share my story, my challenge, please do. You can sponsor me if you like or if you can come down on race days to just cheer on I would be grateful for any sort of encouragement I receive.

If you’d like to fundraise to support our work please get in touch: [email protected]