By By SWAN UK member, Lyndsay

Hello, I’m Lyndsay and my husband is called Mikey. We have three children. My eldest son Daniel is 16 and then together we have Elliott, aged eight, and our SWAN Jack who is five years old. 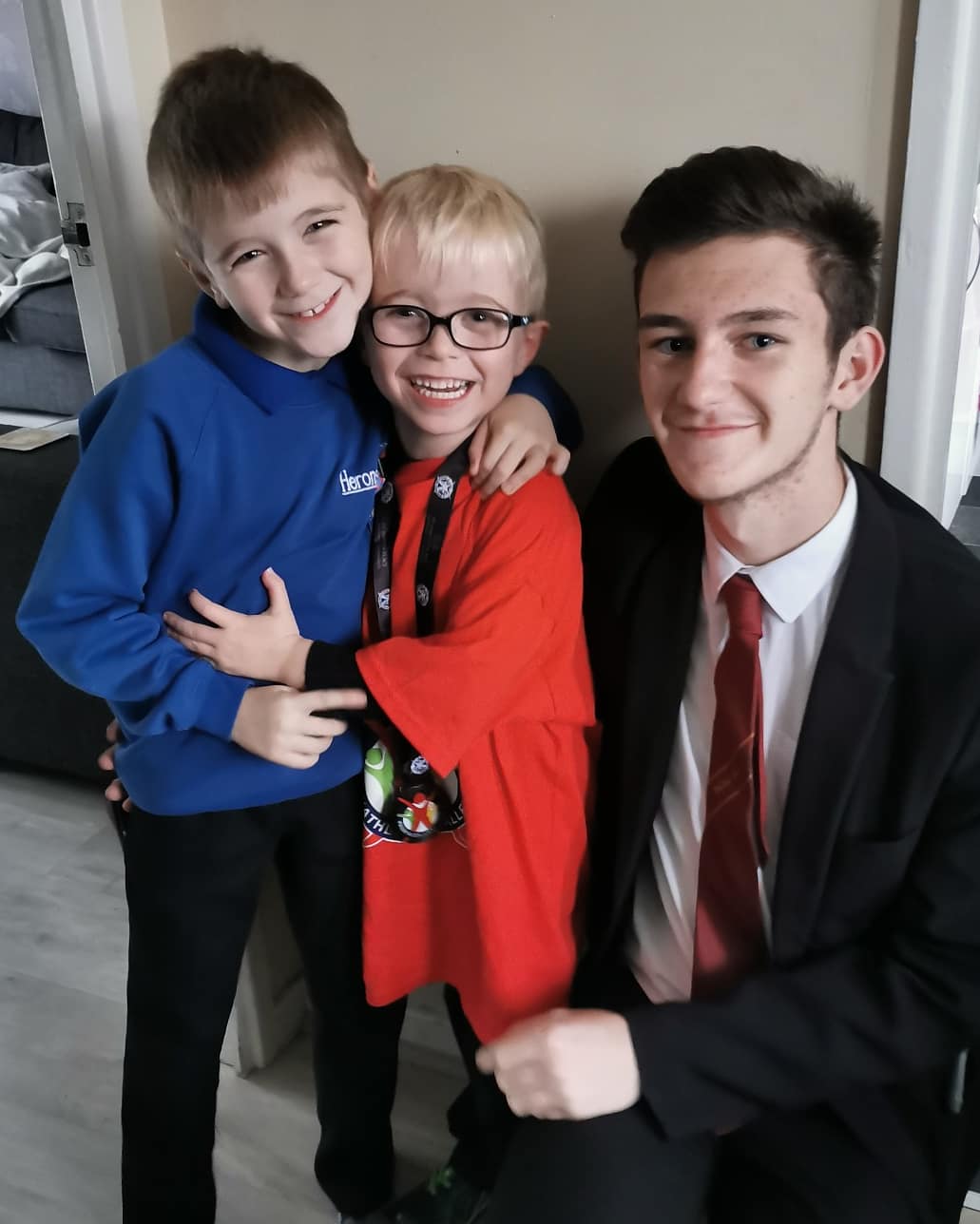 Jack is the most smiley boy ever. We always get comments on his beaming smile and blonde hair. He’s very sociable and will shout ‘hello’ to everyone. Jack is on the go constantly and if he could play with a ball or water all day long he would. He has no interest in sitting down watching TV.

I heard about SWAN UK a while ago but only joined recently, because having had no unifying diagnosis I wasn’t sure if it meant he was a SWAN but I was directed to the charity by one of the medical team a while back.

Jack’s biggest accomplishment so far has to be his speech. Everyone who knows his story will comment on how much he’s progressed. He is still a long way off a neurotypical child but he can now copy speech and make short sentences.

Jack was born at nearly 37 weeks old. We were not aware of any issues before he was born, however during his 20 week scan the sonographer had to get a second opinion on some fluid space Jack’s brain, but they decided that everything was ok. At 12 weeks old Jack had bronchiolitis and ended up in hospital as he was struggling to feed. The doctor noticed that he had a very large soft spot on his head and ordered some tests to be carried out. The tests showed that Jack had unusually high thyroid stimulating hormone levels and at 10 months old he started taking levothyroxine. Managing Jack’s thyroid levels is a constant battle with regular blood tests and dosage increases which are a horrible struggle.

The soft spot in Jack’s head kept on bulging. On the day he was meant to have an ultrasound and he woke up with a huge bulge and a high  fever. He was taken to hospital where he had a lumbar puncture and antibiotics for suspected meningitis (although he didn’t actually have meningitis). Jack was given an MRI and was subsequently diagnosed with macrocephaly and ventriculamegaly (enlarged ventricles in the brain).

Jack’s head was constantly monitored and measured. He had further MRI scans and when he reached 18 months old his head growth seemed to settle, however after several intracranial pressure monitors he was still showing pressure in the brain. We were told he needed a ventriculoperitoneal (VP) shunt to relieve the pressure on his brain. This was fitted in April 2017 when he was just two and a half years old.

Very quickly after the shunt was fitted Jack’s balance improved and he stopped being so top heavy (he used to fall and hit his head so often). Gradually over time he’s gained really good balance, and can now he can run and jump. He’s also gained the ability to copy speech, before the only word he knew was ‘dad’.

Now Jack is five and has just started in an amazing special needs school. His biggest battles are tiredness, delays in gross and fine motor control and at the moment he is still a full time nappy wearer. He also has speech and communication delays and learning difficulties. He can speak but he can’t have a conversation or relay information, so simple things like what he had for lunch I have to rely on school to write down. 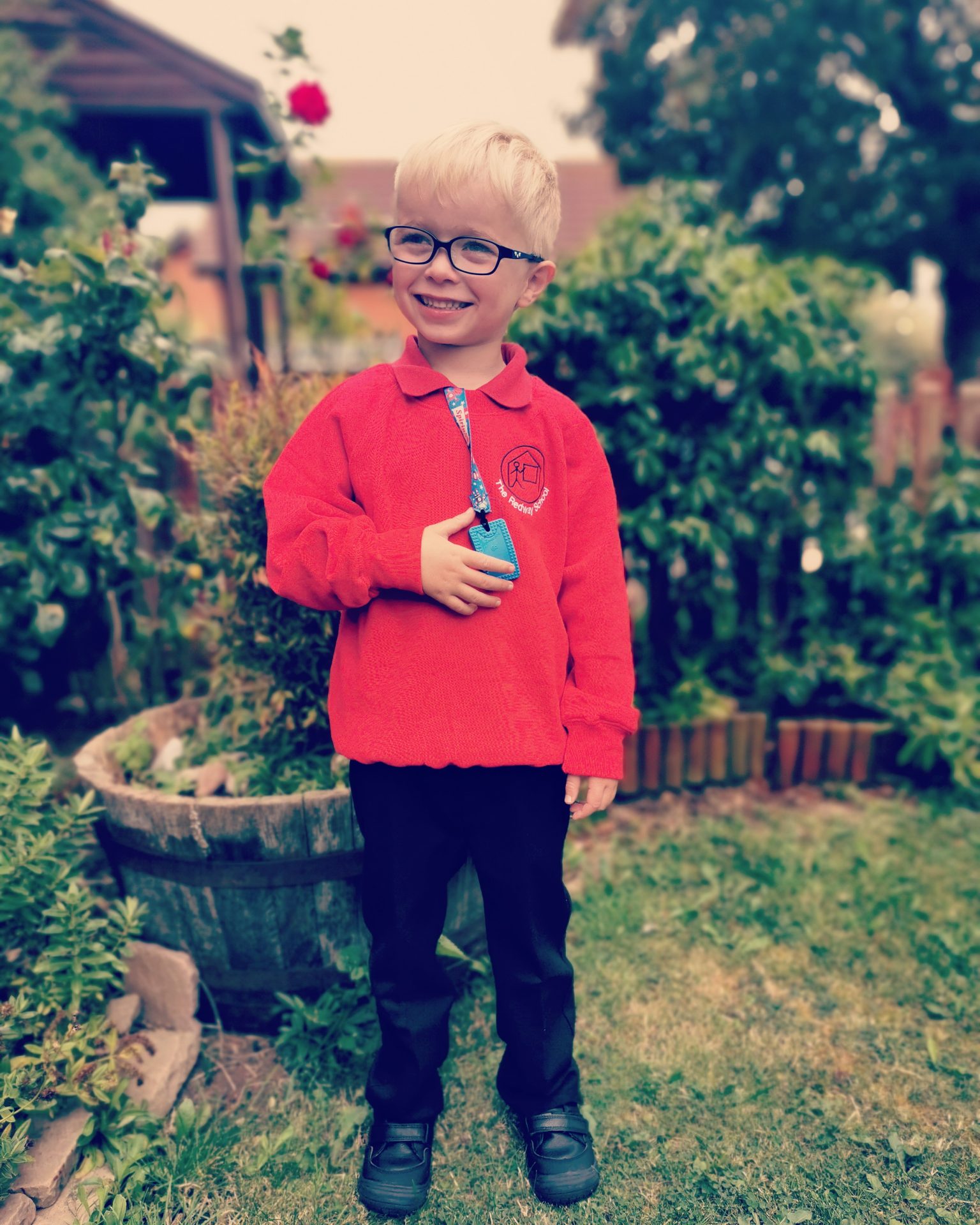 Things have been a bit of a battle because I’ve constantly been told ‘he will catch up’ so as parents we’ve put so much pressure on ourselves and Jack and even had hopes he would eventually become neurotypical.

We have been on the 100,000 Genomes Project for a couple of years now but we’ve not heard anything from it yet. His initial genetic testing did come back showing a genetic duplication that was never seen before, but they found the same result in my husband and he doesn’t share any of Jack’s difficulties so is unlikely to be the cause of his condition.

We always hoped that things would be ‘OK’ but now we are realistic that Jack’s condition is life long. Jack’s condition has had a huge impact on our family. My 16 year old son has had to take on the role of a young carer. I can’t cook dinner and leave Jack to play on his own as he has to be watched all the time. Jack wakes up very early and so does my 16 year old, so he takes him downstairs each morning for breakfast while my husband and I rest as we are often up caring for Jack during the night.

My eight year old is frightened of Jack and it’s heartbreaking. If I leave them alone, for some reason Jack will climb on him and sometimes physically hurt him. He’s covered in scars. They do play together but not often. We have had to reintroduce the stair gate so that our younger son can be locked away from Jack safely, so they don’t really spend a lot of time together.

In the beginning I felt a lot of pressure. I enjoyed taking him to baby groups most days but I also felt a huge amount of pressure that I had to do it because he had to have interaction with other children to try and learn to talk. I also felt really pressured into putting him into preschool at two years old. The first preschool he went to he cried so much that I instantly pulled him out because it was clear he was too young. After a while we put him in another preschool where he settled after a while, but then I realised they had no Special Educational Needs (SEN) knowledge and he wasn’t going to get the support he needed. They even made me feel like I was going crazy like it was in my head that he had special needs, so I had to move him to another preschool and for once I felt relieved. Lots of the staff at the new preschool had SEN knowledge, and for once I had a team around me instead of feeling like I was battling against people. They helped me get Jack a placement at a special school and get an Education Health and Care Plan in place.

How I feel about things depends on what kind of day I’m having. I’m not going to lie, some days I feel like this isn’t the life I asked for. But we can’t change it.

I don’t think it helps that my eldest son had a really rare tumour in his jaw when he was five. He ended up having half of his top jaw and teeth removed. He’s doing ok and physically you can’t really tell, but in a couple of years he has some major operations coming up to try and reconstruct it. I’ve struggled with all of that hugely. I’ve never met anyone who’s been through that. So, I guess I did kind of hope that Jack would ‘catch up’ because how will I be there for them both if they’re both very reliant on my care? I guess me and my husband will have to just work as a team.

I don’t know if a diagnosis would make things any easier, but it would be nice to see other people dealing with the same issues as us. The best thing about this journey so far has to be meeting people. I’ve already met some lovely mums from Jack’s new school, one of which was a SWAN mum whose child had recently received a diagnosis. She was the one who told me to go ahead and become a member of SWAN UK. SWAN UK gives us the chance to meet other people who feel the same as us and share the same worries. It means that we can come together and we are not alone.