Hello, I am Sian and this is my son, Lucas, who is undiagnosed. Lucas is six years old and is an extremely happy, sociable child with a lively personality.  He is outspoken and very confident and loves playing video games – especially Fortnite. He attends mainstream school, is on the school council and has recently achieved his seahorse level three swimming badge.  We live with Lucas’s dad, Steve and sister, Kiyah, who is aged 17. 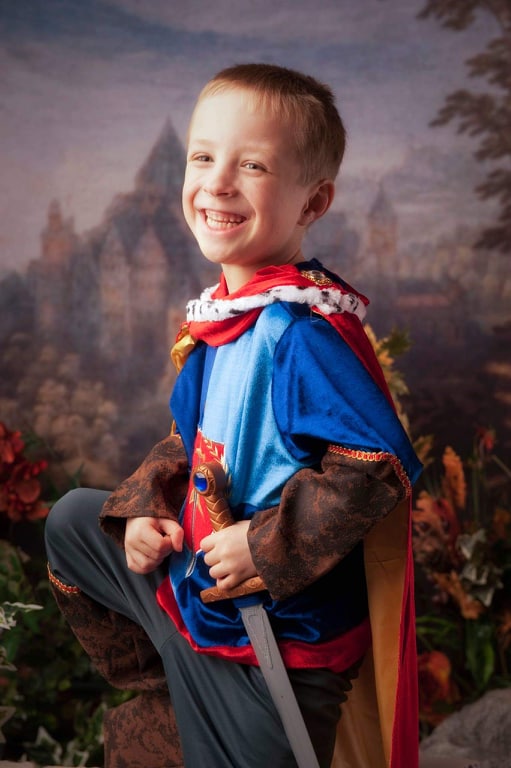 When I was around 20 weeks pregnant we found out at the structural scan that Lucas would have bilateral talipes (club feet). He was born at 31 weeks weighing 3lb 14oz.  It was a spontaneous labour that required an emergency C-section due to prematurity and being breech. Lucas was taken straight to the newborn intensive care unit (NICU) whilst I was taken to recovery. About 24 hours after birth, the doctors told us that Lucas had dysmorphic features (clubfeet, low set ears, singular palmar crease, two curly toes and a strawberry haemangioma) and they wanted to run a karyotype as they thought he had Down’s syndrome.

The next time I saw Lucas he was on a ventilator fighting for his life as there was a problem with his bowel.  We were advised to name him as there were concerns that a specialist ambulance would not be available in time to get him to Jessops Wing in Sheffield.  Fortunately, an ambulance arrived the following day. I had to sign myself out of the hospital as Jessops could not otherwise take me as a patient. We were taken in an ambulance to Sheffield and he underwent life-saving surgery as his colon ruptured. This was initially believed to be down to necrotising enterocolitis (NEC) which can affect premature babies, so we were asked to be part of a research study.  However, after the surgery, we were informed that it was not down to NEC.

Lucas’s karyotype came back when he was two weeks old. We were informed he didn’t have Downs syndrome, no further information was given and the karyotype had not been explained to us due to the urgency of his situation at the time.  Further genetic testing was not offered. Lucas remained in hospital until he was five weeks old.

At seven weeks old, Lucas started the treatment for his club feet.  This involved five weeks of plaster casts from his groin to his toes and each week his feet were manipulated into a new position for casting.  Following this, he had to wear boots and bars for 23 hours a day for three months, then this moved on to nights and nap times only. These were very restrictive for him.  As he got older it was difficult to keep the boots on all night, he was a little Houdini.

As he was premature, Lucas had eye tests which highlighted his optic nerves were smaller than they should be. There were concerns he had optic nerve hypoplasia and midline defects so he had his first MRI scan at around 18 months old. This was ruled out but there was slight atrophy of the frontal and parietal lobes as well as hydrocephalus (a build-up of fluid in the brain).

At five years old, Lucas completed his treatment for his feet and we finally thought the medical issues were behind us. Then he failed his school hearing test and was diagnosed with sensorineural hearing loss.  He was once again referred for tests, an MRI and genetic screening. This surprised us as we had mistakenly thought a karyotype would have picked up any genetic anomalies. The screening showed a recessive change on the GJB2 gene, but as it was recessive we were informed this did not cause his hearing loss. 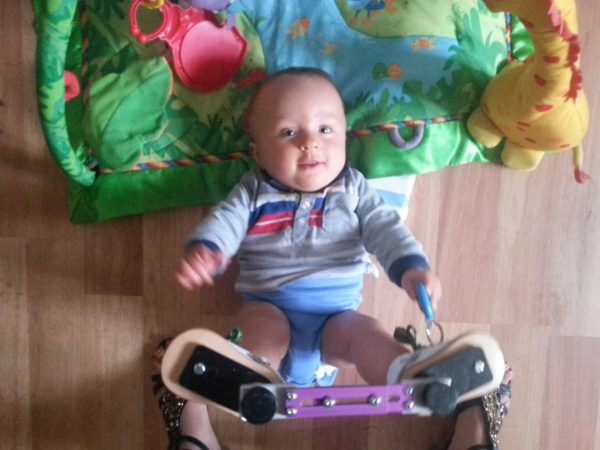 Up to that point everything had been looked at as isolated issues. I raised the concern that some of these issues could be linked and we were subsequently referred to the Ehler Danlos Syndrome (EDS) specialist service.  We were given genetic counselling – they took photos and identified a systolic heart murmur and further dysmorphic features. They tested for different types of EDS, as well as doing a microarray, however the tests didn’t identify anything. The geneticist believed there was an underlying genetic problem and referred us to Leeds as it is not in their remit to continue testing. As far as we are aware there is no history of genetic issues in our family, although my brother who was born with talipes had several medical issues and died at three hours old in 1984.

Lucas has also recently been added to the special educational needs register at school and is working below expected for his age.  The school are looking at getting in an educational psychologist as he is struggling to learn despite putting in lots of effort.

Not having any answers is difficult. Lucas has had to overcome so many serious difficulties.  We would like to know why he has had these difficulties, whether there any serious risks for the future, whether there are risks if he goes on to have children or that we react appropriately when there is a medical issue.  In addition, our new concerns about his learning has brought up more ‘unknowns’, will he catch up or always be delayed?

We have been involved in a number of online forums as it helps to have a community around you where people are able to provide advice. We found SWAN UK, while researching Lucas’s symptoms and possible medical conditions that have those symptoms.  After receiving the latest response from the EDS service we decided to join SWAN UK.

ARE YOU INTERESTED IN SHARING YOUR FAMILY STORY WITH THE SWAN UK COMMUNITY? EMAIL: [email protected]