Hello, my name is Jemma and I have three children – Jack, Hugo and Atticus. We also have two dogs called Harry and Baxter who the children love to bits. Atticus has just turned four years old and has an undiagnosed genetic condition. We went onto the 100,000 Genomes Project in January last year after tests for overgrowth syndromes came back clear. We have lots and lots of individual diagnoses but Atticus’s geneticist thinks there is a syndrome which would explain the cause of them all. 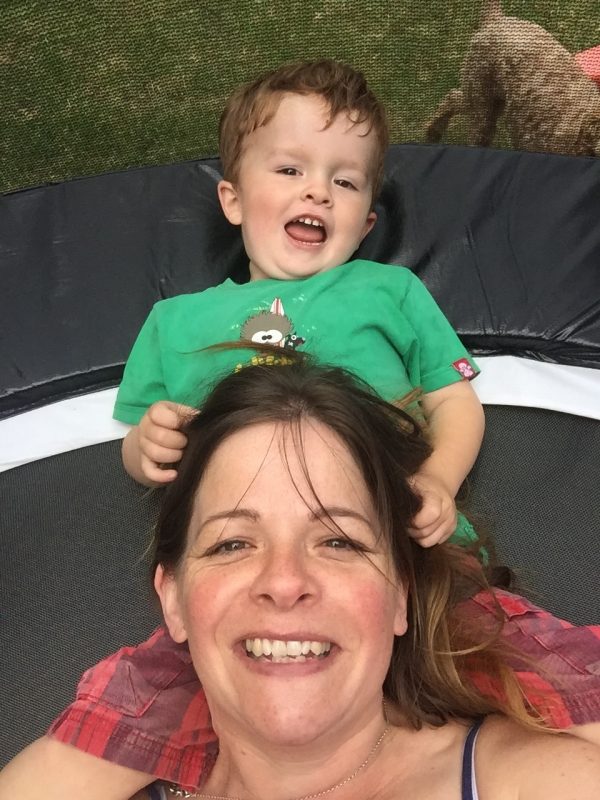 Tell us a bit about Atticus

Atticus lives for his dinosaurs. And I mean lives and breathes them. Speech is a huge issue for him but he knows all their names and if you say the wrong one then you’re in big trouble. His biggest accomplishment yet was saying his name for the first time two weeks before his fourth birthday.

How did you find out about SWAN UK?

I stumbled across SWAN UK by mistake two years ago when I was scanning the internet for ways in which I could help my son. SWAN UK has been a game changer. It has totally changed our lives and the way we manage everything with Atticus. I don’t actually feel like I am the only person on the planet going through what I’ve been through, and continue to go through, with Atticus.

Can you tell us a bit about how your genetic journey started?

Atticus’ respiratory consultant was concerned that the list of things which Atticus had was getting longer and we didn’t seem to be getting signed off from any consultants. She referred us to a different consultant at Guy’s Hospital who we went to see, and so began the testing process.

What are your hopes for the genetic testing that Atticus is involved in?

That we can reach out to other families who potentially have the same diagnosis and offer and receive support.

How did you feel in the beginning? Have your feelings changed over time?

At the time I was frightened, scared and felt hopeless. I still feel scared, but by having Atticus I have learnt which battles are the most important to fight – which ones are worth fighting for. I have learnt that no matter how hard the tears flow and even though the sleep is never enough, I will be my sons advocate, I will show patience and tenacity and fight his corner until my last breath. 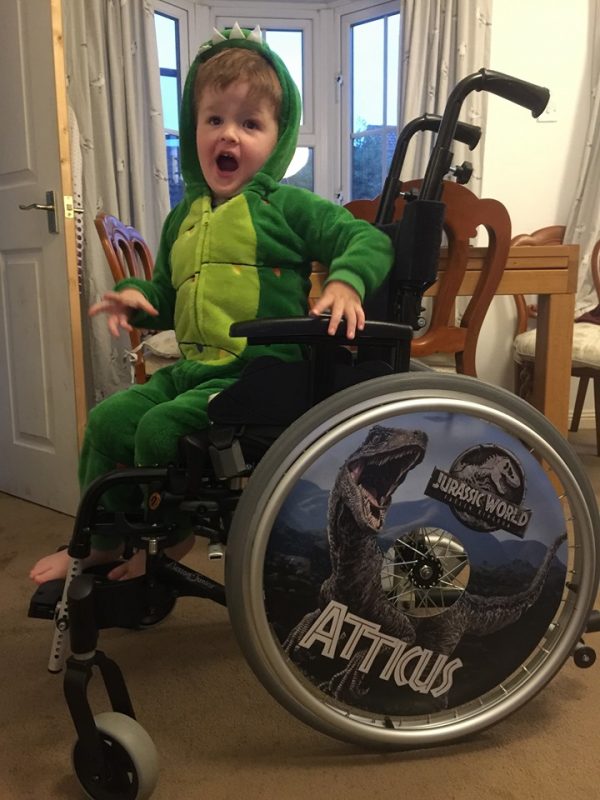 What impact does having an undiagnosed condition have on your family?

Both of Atticus’s older brothers are registered as young carers. Life is tough on them. We have to accommodate his needs at all times. Regardless of how tired or overwhelming life is, we just have to do it.

If you could change just one thing, what would it be?

People’s naivety. Increase understanding. Teach adults how to act around my son; how not to say the wrong things which make you doubt yourself. Oh, and the amount of hours in the day to chase appointments and attend hospitals. I’d change the feeling that I get when I walk into any hospital waiting room – like it’s a reunion with the doctors and nurses who remember him from when they first met him when he was a tiny baby, and still continue to see him on a regular basis. And change my crippling anxiety, for sure.

What are the particular challenges you face having a child with an undiagnosed condition?

Explaining to people what is wrong with him. I find myself having to speak for ages to make them understand. There are many, many professionals, even within the NHS, who have never even heard of a syndrome without a name or SWAN UK.

What has been the best thing so far on this journey?

Celebrating the tiny milestones. Getting closer as a family. Appreciating the little things. My boys are my world.

What have you got out of being a member of SWAN UK so far?

I have found hope. And hundreds of other warrior parents who totally get what my life is like.

What does SWAN UK mean to you?

I simply couldn’t live without you all. Come day or night, rain or shine, you are there for us. You show kindness and support and empathy like no one else. Those SWAN parents battling in the background, like I do for my Atticus, make me feel as close to sane as I have felt since he was born. And for that I am thankful.

ARE YOU INTERESTED IN SHARING YOUR FAMILY STORY? GET IN TOUCH: [email protected]